On May 7th, EULawSD academic coordinator Riccardo Pavoni joined a webinar on ‘The European Response to the COVID-19 Emergency’, which was aired on Italian regional broadcaster Alò Web TV.

During the show, Professor Pavoni discussed the basket of measures taken by European institutions to confront the pandemic, ranging from those aimed at ensuring the availability of medical equipment across all EU countries to the European Central Bank’s Pandemic Emergency Purchase Programme and the Commission’s efforts towards the development of a EU Recovery Fund.

You can watch the full web show below.

From May 13 to 17, the European Union will celebrate a new edition of its EU Green Week with a series of events in Brussels and across the EU member states. After the publication of its Environmental Implementation Review in April 2019, the European Commission has decided to use this edition to discuss the findings of that review and focus on the application of environmental legislation in Europe more broadly, including by asking questions such as:

The EU Green Week will culminate with the Brussels Conference, taking place at BLUEPOINT Conference Centre from May 15 to 17. A number of the conference sessions will be dedicated to topics that we have explored extensively as part of the Jean Monnet Module in EU Law and Sustainable Development, including the impact of environmental laws on human health, the effectiveness of the Natura 2000 network, and the synergies between environmental goals and the EU Common Agricultural Policy.

To learn more and register for the conference, click here ▶️https://www.eugreenweek.eu/en/brussels-conference. 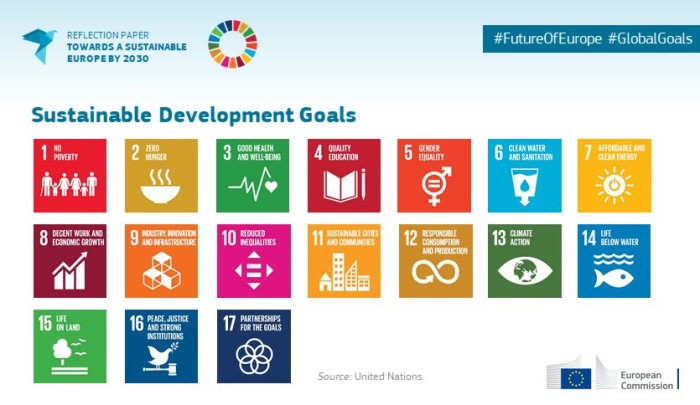 On 30 January, the European Commission has finally presented its long-awaited reflection paper on implementing the 2030 Agenda in the EU, which was originally expected in the first half of 2018. The paper, titled ‘Towards a Sustainable Europe by 2030‘, discusses the key policy foundations and horizontal enablers needed to achieve a sustainable Europe by 2030. In addition, the paper presents and analyses three possible scenarios that could shape a Union-wide strategy on the Sustainable Development Goals (SDGs), and namely: (i) an overarching SDG strategy to guide all the actions of the EU and its member states; (ii) a continued mainstreaming of the SDGs in the policies of the Commission, without enforcement at the member states’ level; and (iii) a consolidation of existing policies, coupled with an increased focus on the SDGs in the external action of the EU.

In its preliminary assessment of the paper, the Institute for European Environmental Policy (IEEP) has welcomed the urgency and wide scope of the Commission’s work, while also emphasising that only the adoption of the first proposed scenario would be able to deliver on the EU’s commitments by 2030. Moreover, the IEEP recommended a series of concrete policy actions that would be required to implement (and improve upon) the policy foundations and horizontal enablers identified by the Commission. 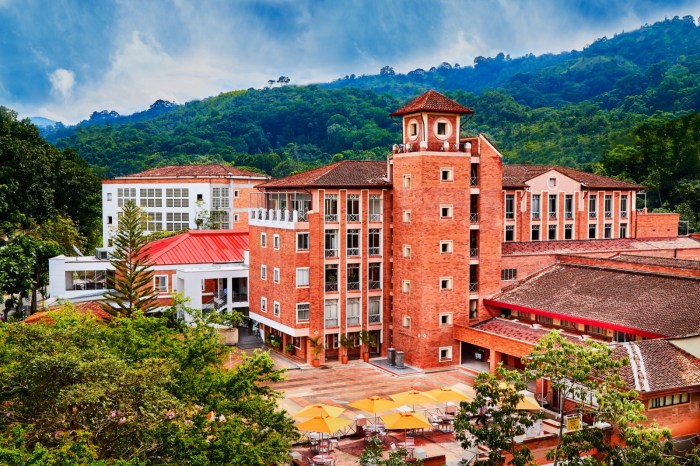 We are happy to announce that EULawSD Coordinator Riccardo Pavoni will be visiting professor at the Universidad Autónoma de Bucaramanga in Colombia from 4 to 18 February. He will develiver a series of lectures and presentations covering international and European law on environmental human rights, the principle of sustainable development, and EU citizenship rights and the protection of the environment. The visiting professorship is financed by the EU Erasmus+ programme and it will certainly benefit the development of our EULawSD activities.

In the document below, you can find the final calendar of Prof Pavoni’s teaching activities at UNAB. 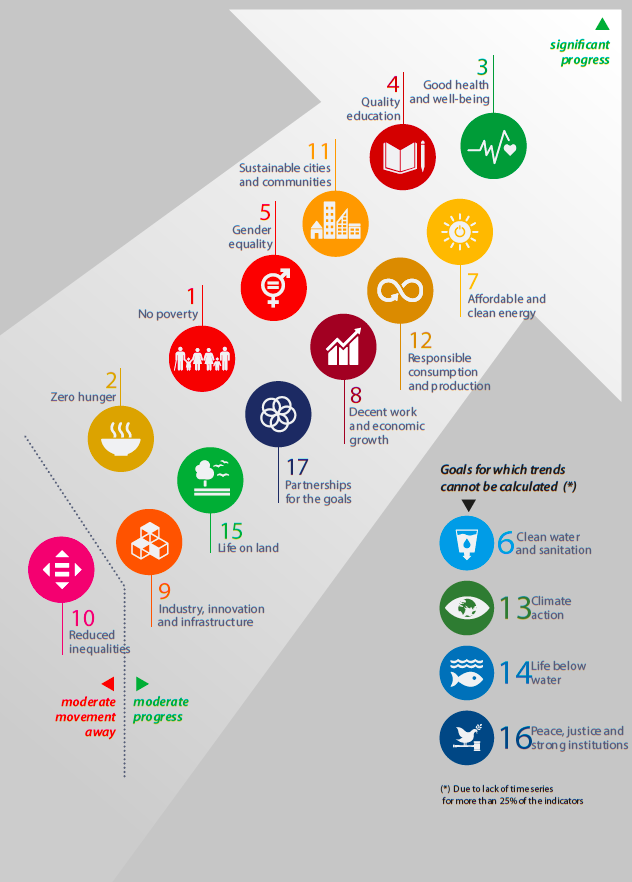 On 18 September, EUROSTAT issued the 2018 version of “Sustainable Development in the European Union“, its monitoring report on progress towards the SDGs in an EU context. The Report is complemented by a range of additional materials, including a short brochure providing a visual summary of the Report’s findings, the “SDGs & Me” digital publication, a series of Statistics Explained articles on individual SDGs, and a revamped EUROSTAT’s website section dedicated to the Goals.

The 2018 Report highlights significant progress on Goal 3 (“Good Health & Well-being”, Goal 4 (“Quality Education”) and Goal 7 (“Affordable and Clean Energy”), as well as moderate progress for eight additional goals. However, the Report also underscores a worrying shift away from a sustainable development trajectory for Goal 10 (“Reduced inequalities”), owing to the ongoing rise of income inequality within EU member states.  Moreover, EUROSTAT continues to be unable to track trends for Goal 6 (“Clean Water and Sanitation”), Goal 13 (“Climate Action”), Goal 14 (“Life Below Water”) and Goal 16 (“Peace, Justice and Strong Institutions”), due to the conspicuous absence of reliable data over the past five years. Lastly, broad progress on a Goal is in some cases hiding insufficient progress, or even negative developments, for specific areas within that Goal.

Overall, the EUROSTAT Report follows the evidence presented in July by the 2018 SDG Index & Dashboards Report of the UN Sustainable Development Solutions Network (SDSN), suggesting that the EU is not on track to meet all 17 SDGs by 2030 and that the level of ambition should be raised on the part of both EU member states and European institutions. 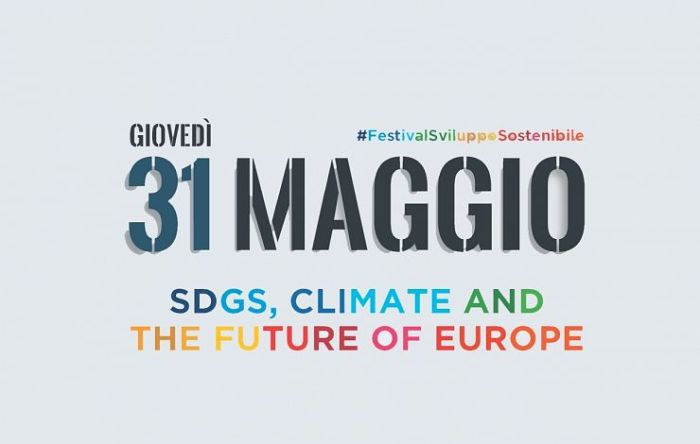 The event, which will take place at UniCredit Pavilion in Milan, is organized in collaboration with several other EU civil society actors. Thanks to the participation of  leading EU practitioners and policymakers, it will seek to explore the future of the European Union and its role in the implementation of the 2030 Agenda, at the crossroads of the Union’s traditional stance as a “sustainable development champion” and the risks of new isolationist tendencies. 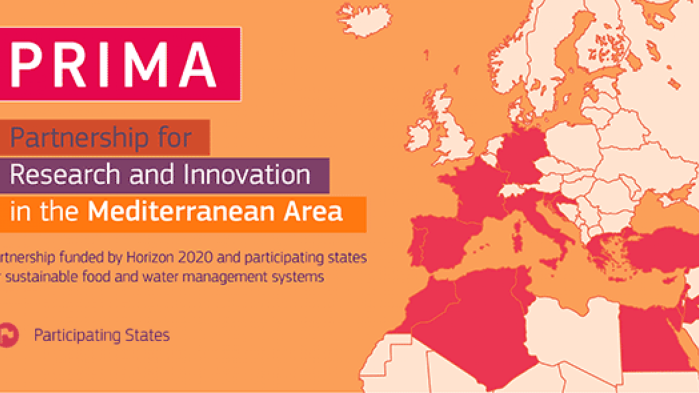 On 29 January, the Partnership for Research and Innovation in the Mediterranean Area (PRIMA) announced the launch of its two calls for proposals for 2018 with a public event hosted by the University of Siena, to which the EULawSD team has participated with its academic coordinator, Prof. Riccardo Pavoni.

The PRIMA initiative was officially established pursuant to Decision 2017/1324 of the European Parliament and of the Council entered into force on 7 August 2017, and consists of 15 participating States from both the EU and neighboring countries, including Algeria, Croatia, Cyprus, France, Germany, Greece, Israel, Italy, Luxembourg, Malta, Portugal, Slovenia, Spain and Tunisia (Egypt, Jordan, Lebanon and Morocco are also expected to join PRIMA). Its aim is to build research and innovation capacities among the participating countries, as well as to develop knowledge and common solutions for agro-food systems and water provision in the Mediterranean area, in order to make to make them sustainable, in line with the 2030 Agenda of the United Nations and its 17 Sustainable Development Goals (SDGs).

The calls will be open to the Euro-Mediterranean scientific communities, stakeholders and private entities (in this last case, through joint research consortia with public research organizations, universities and end users). Section 1 actions and activities will be organized, managed and funded by the PRIMA Foundation, whereas Section 2 activities will be organized by the PRIMA Foundation and funded by the national funding bodies of participating States.