The EULawSD module organises yearly series of webinars to complement teaching activities, engage with practitioners, and foster debate with the general public.

Webinars are set up through YouTube Live and uploaded to this website for permanent use. These 1-hour events are set up during both the duration of the course and the other months of each year, in order to continue the discussion with students and other stakeholders. The webinars’ outputs also provide the basis for further dissemination activities (e.g. blog posts, policy papers) undertaken by the teaching staff.

The topics of the webinars are calibrated according to the themes touched upon during the course, while also building upon them to analyse case studies and recent developments in the larger context of international and EU law on sustainable development. Invitees include experts on EU law and sustainable development, policy-makers and practitioners, relying upon the networks of the teaching staff as well as on the opportunities arising from the collaboration with SDSN.

Webinars of the 2018 edition

Enrico Giovannini (Full Professor of Economic Statistics, University of Rome Tor Vergata; Spokesperson of the Italian Alliance for Sustainable Development – ASviS), The European Union and the SDGs: Achievements and Challenges After the First Three Years of the 2030 Agenda” 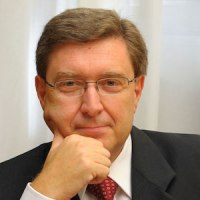 Enrico Giovannini is an Italian economist and statistician, member of the Club of Rome. Since 2002 he is full professor of economic statistics at the Rome University “Tor Vergata”. He is professor of public management at the LUISS University, Senior Fellow of the LUISS School of European Political Economy, Visiting Fellow at the European Political Strategy Centre of the European Commission, Vice-president of the High Level Group on Competitiveness and Growth of the European Council, Member of the European Statistical Governance Advisory Board (ESGAB) responsible for supervising the functioning of the European Statistical System, Co-chair of the “Independent Expert Advisory Group on the Data Revolution for Sustainable Development” established by the Secretary General of the United Nations, Member of the “Commission économique de la Nation” established by the French government.

From 28th April 2013 to 22 February 2014 he was Minister of Labour and Social Policies in the Italian Government. From August 2009 to April 2013 he was President of the Italian Statistical Institute (Istat). From January 2001 to July 2009 he was Director of Statistics and Chief Statistician of the Organisation for Economic Co-operation and Development (OECD). He is author of more than ninety articles on statistical and economic topics, as well as four books. 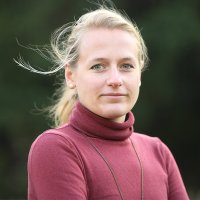 Ms. Faustine Bas-Defossez joined IEEP in April 2018 as Head of the Agriculture and Land Management Programme.

She spent eight years leading the largest Federation of Environmental NGOs’ (the European Environmental Bureau – EEB) campaign on the Common Agriculture Policy (CAP), advocating for a more sustainable agriculture and farming across Europe. That experience not only provided Faustine with excellent advocacy skills, it also deepened her knowledge of the CAP and farming systems and policies across Europe. Before that, she worked for the European Commission Directorate-General for Agriculture and Rural Development on the European Food Aid for the most deprived Program and the public goods delivered by the agriculture sector.

A French national with far-off German origins, Faustine defines herself as a true European and a passionate advocate. She holds a masters degree in European Union law from the University of Lille in Lille, France and a masters degree in EU Politics from the Institute of Political Science in Strasbourg, France.

Dr. Laurens Ankersmit joined ClientEarth in Spring 2015 as EU Trade and Environmental Lawyer. He has previously worked as a lawyer for the Dutch Ministry of Foreign Affairs and for Clifford Chance Brussels. He also worked as a researcher and lecturer at VU University Amsterdam.

His latest book, Green Trade and Fair Trade in and with the EU, was published in 2017 by Cambridge University Press. He frequently writes on the European Law Blog on trade and environment matters.

For the slides used in Dr. Ankersmit’s presentation, visit this link.

Dr. Guido Schmidt-Traub is Executive Director of the UN Sustainable Development Solutions Network, which operates under the auspices of the UN Secretary-General to support the implementation of the Sustainable Development Goals and the Paris Climate Agreement. Guido leads the SDSN’s policy work, including on long-term pathways for sustainable land-use and food systems, financing for development, and the SDG Index and Dashboards. He serves on the Governing Council of Future Earth and other advisory bodies.

Previously, Guido was CEO of Paris-based CDC Climat Asset Management, an investment company regulated by the French financial markets regulator; climate change advisor to the Africa Progress Panel secretariat; and Director and Partner at South Pole Carbon Asset Management in Zurich. He managed the MDG Support Team at UNDP (2006-2008) and served as Policy Advisor and then as Associate Director of the UN Millennium Project in New York, which was tasked with developing an action plan to achieve the Millennium Development Goals and advised countries around the world on their implementation.

Earlier Guido was Partner at IndexIT Scandinavia, a private equity fund for early-stage technology companies, and consultant at McKinsey & Company in Germany. Guido holds a Ph.D. in Economics from Wageningen University & Research, an M.Phil. in Economics from Oxford University (Rhodes Scholar), and a Masters in physical chemistry from the Free University Berlin. He resides in Paris with his family.