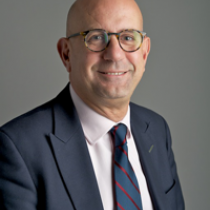 We are honoured to announce that we have managed to co-organize, in conjunction with the Chair of International Law of the University of Siena’s Department of Law (DGIUR), a further EULawSD keynote lecture on Thursday 16 November at 15:00 CET.

Prof. Antonio Tanca, former Head of Unit of the Council of the EU, will speak about “The EU Crisis Management Policy: Institutional Aspects and Main Missions and Operations“. The external action of the EU involving crisis management raises important sustainable development issues, such as the EU responsiveness to the humanitarian needs of developing countries, the EU capacity to address climate emergencies and natural disasters, and the EU contribution to the restoration of the rule of law in post-conflict societies. With March 2017’s Rome Declaration, the EU Member States have emphasized the need for the Union to play a more decisive global role in confronting situations of crisis and vulnerability, some of which have a direct bearing on  European neighborhood countries or exercise pressure on the EU external borders.

In the context of the Sendai Framework for Disaster Risk Reduction, adopted in March 2015 as the first major agreement of the post-2015 development framework of the United Nations, the EU external action on crisis management and disaster risk reduction also constitutes a key instrument for achieving the goals enshrined in the 2030 Agenda. The lecture thus represents a timely and valuable addition to the EULawSD module, and will be open to the public.